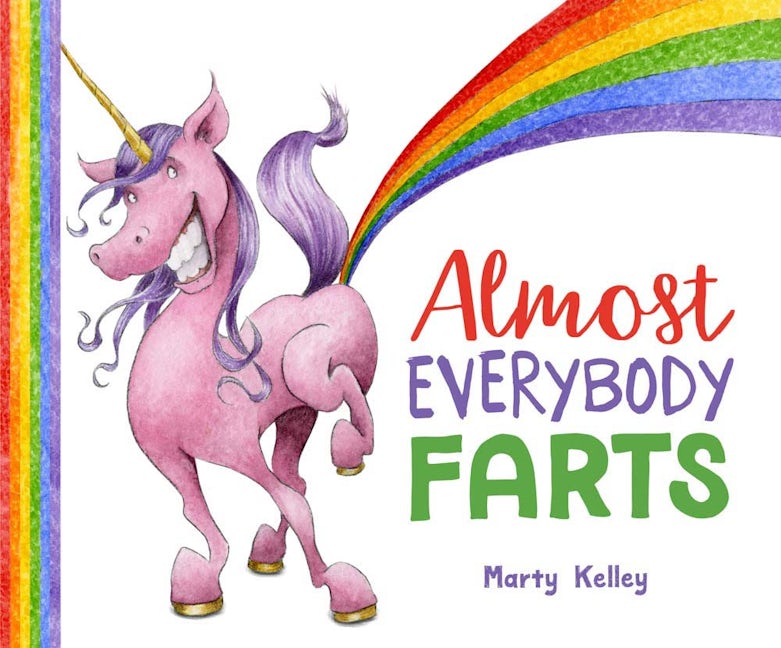 Grandmas fart. Teachers fart. Terrifying creatures fart. But . . . is there someone who DOESN’T fart?

With sly humor, this fun picture book looks at a subject that’s sure to make children laugh: farting. With silent farts, farts like horns, and rainbow farts from unicorns, Almost Everybody Farts comically captures the gassy scene. And only one person insists she’s fart-free: MOM! But is she? Kids will insist on reading this rhyming story again and again.

*What's that smell? Oh how rude! But everybody does it."Grandmas fart. / Teachers fart. / Terrifying creatures fart. // Farting dancer. / Farting singer. / Farts when Dad says, ‘Pull my finger.' " Seems that everyone passes gas, but when it comes to Mom, she adamantly denies that she ever farts. Brothers and sisters, canaries and goldfish, dragons (those are fiery—watch out!) and horn players all toot. Even unicorns fart, and those come out rainbows! But mothers (at least according to Mom) do not fart. Mimes and clowns and chickens and bunnies are all guilty. "Breaking wind. / Cut the cheese. / Ninja farts are SBDs." The rhythmic text rolls inexorably onward. "Farts that whisper. / Farts that roar. / Someone's farting behind that door!" (You know who it is; caught you, Mom!) Goofily irreverent author and illustrator Kelley delivers the ultimate blast of gassy, honest humor with his whimsical, cheeky rhyme about the oft-denied panty whisper. The subject in itself will elicit giggles, and the ingenious, catchy, and simple rhyme will compound those. But it is the color illustrations, alternating between half-page and full-page, loaded with lifted legs, floating skirt-backs, bubbles in the water, and a diverse array of faces squinched up in effort (to deal) or disgust (in having been dealt on), that are utterly priceless. A playful, punchy paean to the pervasive poot. —Kirkus Reviews (Starred review)
-

Writer and illustrator Marty Kelley lives in NH. His picture book, Twelve Terrible Things (Tricycle Press), received a starred review in School Library Journal and a glowing write-up in The New York Times by none other than Lemony Snickett. Author Christopher Moore (Lamb: The Gospel According to Biff) called it, “An inspired work of dark humor.” Marty is a popular speaker who visits between over 150 schools a year throughout New England and beyond. Marty has been a second-grade teacher, a drummer, and a baker, but by far his favorite job has been writing and illustrating children's books. To learn more about Marty, visit martykelley.com. 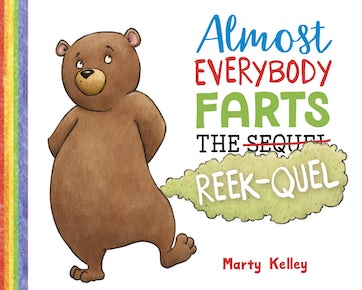 Almost Everybody Farts: The Reek-quel 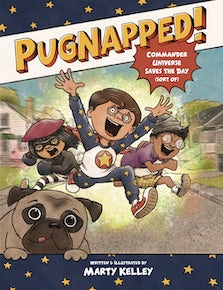