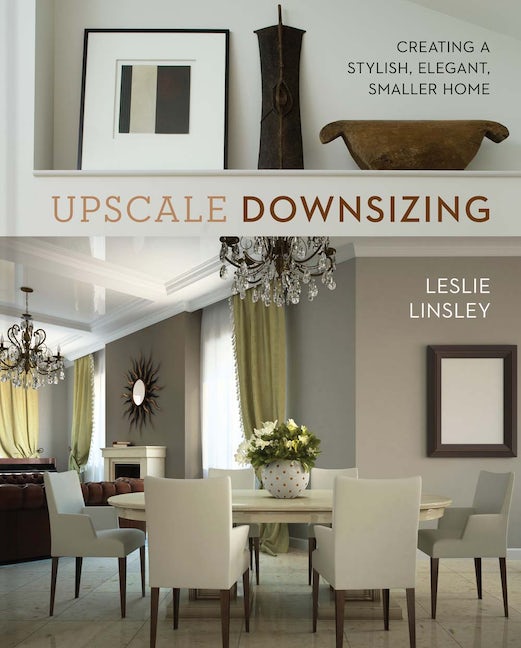 Less CAN be more!
Whether because of a change in circumstances, an empty nest, or simply an itch to start from scratch again, people are downsizing their space . . . while remaining upscale in taste. Decorating with style is crucial when every square inch counts, and fortunately downsizing elegantly is an art you can learn. Using examples that range from 600-square-foot apartments to a small cottage-style house, home-style guru Leslie Linsley shows you how to achieve maximum aesthetic results even in a minimal space. She offers solutions to every problem—storage tricks, entertaining in small spaces, flexible layouts, ideas for arranging art and collectibles, living with what you absolutely can’t live without, and more—all lavishly illustrated with over 200 full-color photographs.

In addition, inspirational real-life stories from downsizers reveal how others have successfully handled the challenges—so you can do the same.

Leslie Linsley is one of this country’s best-known authors of crafts, decorating, and home-style books, which number over 60 titles, including Country Living Aged to Perfection and Country Living Salvage Style (both Hearst). Her articles have appeared in numerous magazines—including Family Circle (where she was contributing craft editor from 1990–2005), Woman’s Day, Country Living, Redbook, New York, House Beautiful, Elle Décor, Good Housekeeping, Martha Stewart Living, O, and HGTV online. Guest appearances include Oprah, Today, Good Morning America, HSN, QVC, and HGTV. Leslie's branded products are sold through her own department at the Marine Home Center in Nantucket. Leslie has also served as a media spokesperson for the following companies, among others: Lowe’s, 3M, Sherwin-Williams, Waverly Fabrics, and Hunter Douglas. Learn more about her at: leslielinsley.com and leslielinsley.com/blog. She lives on Nantucket Island, MA. 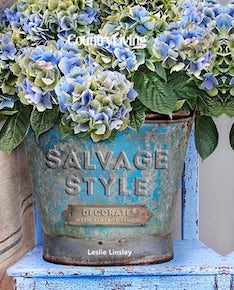