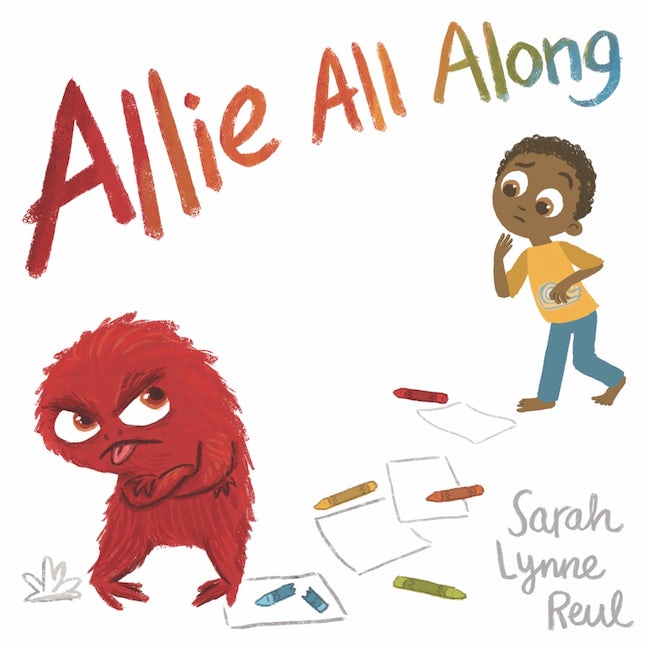 “What appears to be a simple story upon first glance actually offers uncomplicated yet practical remedies for helping a child deal with a strong emotion.” —Booklist (Starred review)

Allie All Along deserves a spot on the shelf with Where the Wild Things Are, When Sophie Gets Angry--Really, Really Angry... and My Mouth Is a Volcano.” —Shelf Awareness

Have you ever felt mad enough to stomp, smash, and crash? Allie has! Meet one angry little girl and see how she calms down, bit by bit—with the help of her understanding big brother.

Poor Allie! She’s in a rage, throwing a tantrum, and having a fit! Her emotions have built and built and now they just burst. Is there a sweet little girl hiding somewhere under all the angry layers? And can her big brother find a way to make things all right again? In the tradition of When Sophie Gets Angry—Really, Really Angry and Sometimes I’m Bombaloo, Allie All Along explores simple ways kids can center themselves in the face of overwhelming emotions. The illustrations’ varying hues and vibrant colors capture the powerful feelings that young children can’t always express in words.

“What appears to be a simple story upon first glance actually offers uncomplicated yet practical remedies for helping a child deal with a strong emotion.” —Booklist (Starred review)

“When a little girl named Allie breaks her blue crayon, she is ‘furious, fuming, frustrated, and so, SO, SOOO ANGRY!’ So angry, in fact, that she turns into a stomping, smashing furry red monster. Her big brother works to help her calm down, giving her a pillow to punch, a toy to squeeze and suggestions to take deep breaths and count backward. As she successfully applies each tactic, gradually reducing her rage, she sheds the brightly colored fur skins that represent her feelings. By the time ‘the rest of the angry [falls] away,’ there's just one slightly forlorn little girl in pigtails standing in the room, asking her brother for a hug. ‘I knew she was in there all along,’ he says. Sarah Lynne Reul's (The Breaking News) illustrations are brilliantly evocative of each mood as Allie cools down, and the language she uses provides readers with a veritable thesaurus of vocabulary words for angry feelings: ‘ferocious,’ ‘fierce,’ ‘irritable.’ And the labels on the crayons in the inside front cover give a poetic flavor to emotions: ‘fire fury explosion red,’ ‘raging flame orange,’ ‘simmering green storm’ and the infamous broken ‘deep down blue.’ Children who are still trying to find words for their own powerful feelings will love seeing Allie's moods reflected in colors and should even pick up a few anger management tips from her wise, loving older brother. Inside the back cover the venomous crayon color labels are no longer visible, and the previously broken blue crayon is now taped together. Almost as good as new, just like Allie! “Allie All Along deserves a spot on the shelf with Where the Wild Things Are, When Sophie Gets Angry--Really, Really Angry... and My Mouth Is a Volcano.” —Shelf Awareness

“When Allie’s crayon snaps in half, the toddler goes into a red-monster rage, smashing and screaming, until her brother calmly coaches her to punch a pillow. When her rage simmers down to a fiery orange, he offers her favorite toy to squeeze; and then, even when she can’t remember what she was angry about, he has her take a deep breath and pretend his fingers are candles to blow out one by one. Finally, counting backward reveals an abashed brown-skinned child asking for a hug from a wise older brother who ‘knew she was in there all along.’ The artistic rendering of Allie as a color-changing monster is a multidimensional way of visually representing anger to young children while giving them skills to cope and eventually learn to calm themselves. Reul uses language economically, making this ideal for the audience but still powerful enough for discussing emotions at any age. VERDICT A solid addition to the canon of books helping young children address social and emotional learning.” —School Library Journal

Sarah Lynne Reul is an illustrator and award-winning 2D animator. She earned an MFA in 2D Animation from the Academy of Art University, and her thesis film, The Search for the Monster of Lake Quannapowitt, won Best Animation for Kids at Animation Block Party 2015. Learn more at her website, reuler.com. Originally from Brooklyn, she now lives just outside of Boston with her husband and two little girls. 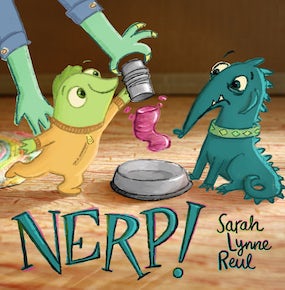