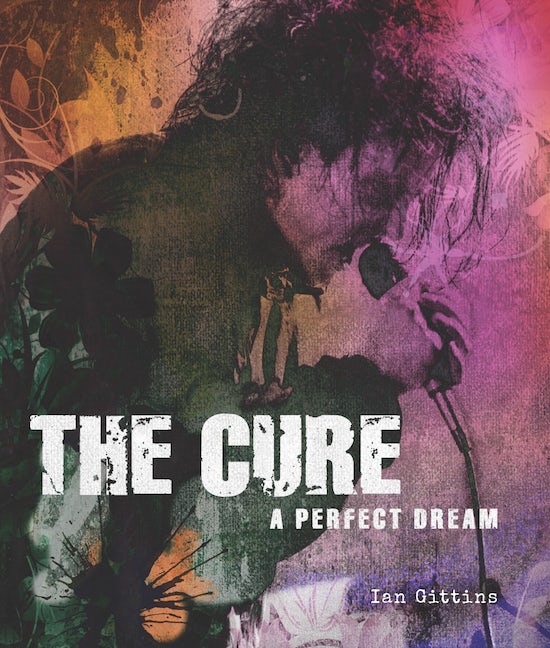 A lush, pictorial look at one of the world’s most successful alternative rock bands, available in time to celebrate their 40th anniversary.

Into the chaos of British punk rock, a handful of school friends led by Robert Smith announced their musical arrival in 1978 with a brash single pulled from the pages of Albert Camus. The Cure soon graduated into a series of increasingly dark and brooding albums, drawing the world’s attention to goth rock. But they resisted categorization, and subsequent albums—suffused with raw, intense emotion and featuring the breakout hits “In Between Days” and “Just Like Heaven”—attracted new legions of fans worldwide. Then, with the grand and somber Disintegration, the Cure achieved global domination, and, through fluctuating lineups and shifting sounds, they have flourished. Veteran music journalist Ian Gittins has interviewed and written about the Cure many times over the decades and brings deep insight to this unofficial retrospective of the group. This essential keepsake tells the story of the Cure—from the angular riffs of “Boys Don’t Cry” and “A Forest,” through the perfect simplicity of “Lovesong” and “Friday I’m in Love,” to headlining some of the world’s biggest music festivals—in beautiful, eye-catching color.

Ian Gittins has interviewed and reviewed the Cure during a 30-year career as a writer for the Guardian, Melody Maker, MTV, The New York Times, Q, and Time Out. He is the coauthor of The New York Times bestseller Heroin Diaries by Nikki Sixx of Mötley Crüe and of the Sunday Times number-one bestseller Over the Moon by David Essex. Gittins also has written biographies of Björk and Talking Heads and books about hard rock and Top of the Pops. He lives in London.