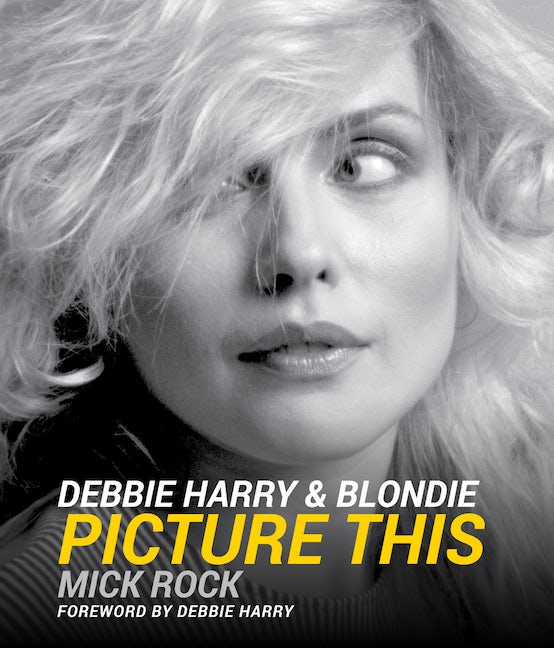 A unique look at the collaboration between famed rock photographer Mick Rock and Debbie Harry—one of music’s greatest stars—and the band Blondie.

“I’ve been photographed by a lot of different people since I started Blondie, but Mick is unforgettable.”—Deborah Harry

Blondie was the most successful rock act to emerge from New York’s seminal and anarchic downtown punk scene of the mid-1970s—and the band’s beautiful, multitalented lead singer, Debbie Harry, became one of the most photogenic and photographed rock performers of all time. During the same period, photographer Mick Rock lived and lensed cutting-edge culture in the city, shooting rock ’n’ roll greats like David Bowie and Lou Reed. The artistic collaboration between Rock and Harry yielded iconic photos that transcended and transformed the public perception of rock ’n’ roll imagery. This book—with a foreword written by Harry herself—explores in depth, both visually and verbally, the unique natural charm and charisma of Debbie's “punk Marilyn Monroe” persona in its prime, and her successful reinvention of that persona for Blondie’s glorious comeback of recent years. Mick Rock provides a vivid, memorable account of his larger-than-life adventures behind the camera, revealing just what made Debbie Harry and Blondie so distinctive.

Mick Rock’s career was launched when he photographed an almost unknown David Bowie in 1972. The two established an instant rapport and Rock went on to direct several of Bowie’s music videos. Rock’s reputation as “the man who shot the ’70s’” was cemented with iconic images of Lou Reed, Syd Barrett, Iggy Pop, Queen, the Sex Pistols, the Ramones, and Blondie. His other books include Mick Rock: The Rise of David Bowie, Classic Queen, Mick Rock Exposed, Glam! An Eyewitness Account, and Iggy & the Stooges: Raw Power. He lives in New York City. Learn more about him at mickrock.com.