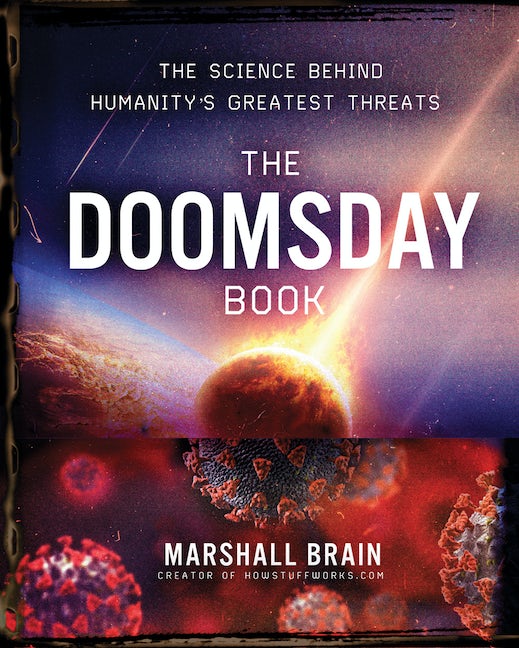 The Science Behind Humanity's Greatest Threats

The Science Behind Humanity's Greatest Threats

How might the world as we know it end? In this illustrated guide, How Stuff Works author Marshall Brain explores myriad doomsday scenarios and the science behind them.

What if the unimaginable happens? A nuclear bomb detonates over a major city, for example, or a deadly virus infects millions around the world. There are other disasters we don’t even have to imagine because they’ve already occurred, like violent hurricanes or cataclysmic tsunamis that have caused horrific loss of life and damage. In The Doomsday Book, Marshall Brain explains how everything finally ends—the decimation of nations and cities, of civilization, of humanity, of all life on Earth. Brain takes a deep dive into a wide range of doomsday narratives, including manmade events such as an electromagnetic pulse attack, a deadly pandemic, and nuclear warfare; devastating natural phenomena, such as an eruption from a super-volcano, the collapse of the Gulf Stream, or lethal solar flares; and science-fiction scenarios where robots take over or aliens invade. Each compelling chapter provides a detailed description of the situation, the science behind it, and ways to prevent or prepare for its occurrence. With fun graphics and eye-catching photographs at every turn, The Doomsday Book will be the last book you’ll ever have to read about the last days on Earth.

Scenarios include:
- Asteroid Strike: a massive asteroid could obliterate life—just as it might have killed the dinosaurs.
- Gray Goo: self-replicating nanobots engulf the planet.
- Grid Attack: an attack on our power grid shuts down the internet, affecting airports, banks, computers, food delivery, medical devices, and the entire economic system.
- Gulf Stream collapse: the shutdown of this important ocean current causes temperatures to plummet.
- Ocean acidification: if the oceans’ pH levels shift due to a rise in carbon dioxide, all marine life could die.

Marshall Brain is best known as the founder and creator of the successful How Stuff Works franchise, which includes books and a website that was sold to Discovery Communications. He was also the host of the National Geographic show called Factory Floor and is the director of the Engineering Entrepreneurship Program at NC State University and the author of more than a dozen books. He lives in Cary, NC. 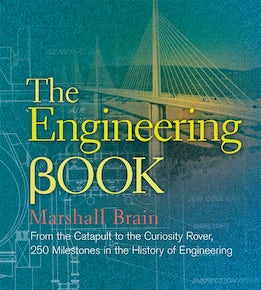