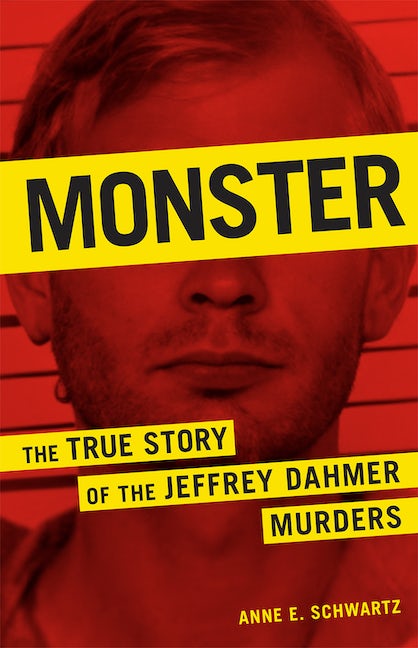 The True Story of the Jeffrey Dahmer Murders

The True Story of the Jeffrey Dahmer Murders

The shocking true story of the Jeffrey Dahmer’s murders, as told by the Milwaukee Journal reporter who broke the story, Anne E. Schwartz—from the dramatic scene when police first entered Dahmer’s apartment to the lasting, present-day repercussions of the case. This updated edition of the book includes a new preface and final chapter, including how the case continues to affect the principals involved more than three decades later.

One night in July 1991, two policemen saw a man running handcuffed from the apartment of Jeffrey Dahmer. Investigating, they made a gruesome discovery: three human skulls in Dahmer’s refrigerator and the body parts of at least 11 more people scattered throughout the apartment. Shortly thereafter, Milwaukee Journal reporter Anne E. Schwartz received a tip that would change her life. Schwartz, who broke the story and had exclusive access to the principals involved, details the complete, inside story of Dahmer’s dark life, the case, and its aftermath: the horrific crime scene and the shocking story that unfolded; Dahmer’s confessions; the forensics; the riveting trial; and Dahmer’s murder in prison. The book also features 32 black-and-white photographs throughout.

Author Anne Schwartz’s access to exclusive and confidential information makes Monster the most thorough accounting of the Jeffrey Dahmer case, and a comprehensive narrative on one of the most notorious serial killers of the twentieth century. It is essential reading for viewers or Ryan Murphy's Neflix series Monster: The Jeffrey Dahmer Story and other true crime docudramas.

Anne E. Schwartz is a veteran print and broadcast journalist, author, and a nationally recognized trainer of strategic communication and public relations for emergency management professionals as an adjunct professor of the National Criminal Justice Training Center. She served as communications director for the Milwaukee Police Department for eight years. In 1991, as a reporter for the Milwaukee Journal, she broke the story of serial killer Jeffrey Dahmer, and would go on to write one of the first Jeffrey Dahmer books, The Man Who Could Not Kill Enough: The Secret Murders of Milwaukee’s Jeffrey Dahmer. In 2022, Schwartz appeared in the Netflix docuseries Conversations with a Killer: The Jeffrey Dahmer Tapes as a leading expert on the case. She lives in Milwaukee, Wisconsin.