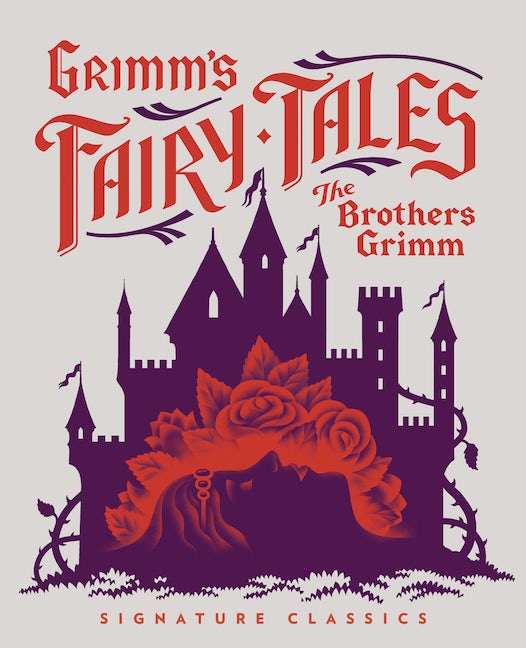 For most children, reading the fairy tales of the Brothers Grimm is an essential experience when growing up. Grimm’s Fairy Tales collects some of the best-known fairy and folk tales set down by the Brothers Grimm, including “Sleeping Beauty,” “Snow White and the Seven Dwarfs,” “Little Red Riding Hood,” “Hansel and Gretel,” “The Frog-Prince,” and “Rumpelstiltskin.”

Jakob Ludwig Grimm and Wilhelm Karl Grimm were born in Hanau, Germany, in 1785 and 1786, respectively. The brothers were part of a family of nine children who lived in the countryside. When the father died suddenly, the harsh circumstances the family endured greatly influenced the way the brothers Grimm eventually interpreted and wrote their tales. At the University of Marburg to study law, the brothers Grimm developed a love of folk poetry. Their first volume of fairy tales (from which this book takes its content), Children’s and Household Stories, was published in 1812. A collection of stories told to them by peasants and villagers, it was created as a collaborative effort: Jakob did the research behind the stories, and Wilhelm crafted these stories for children. 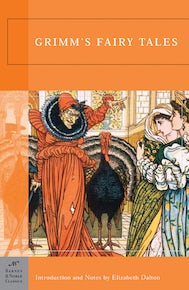