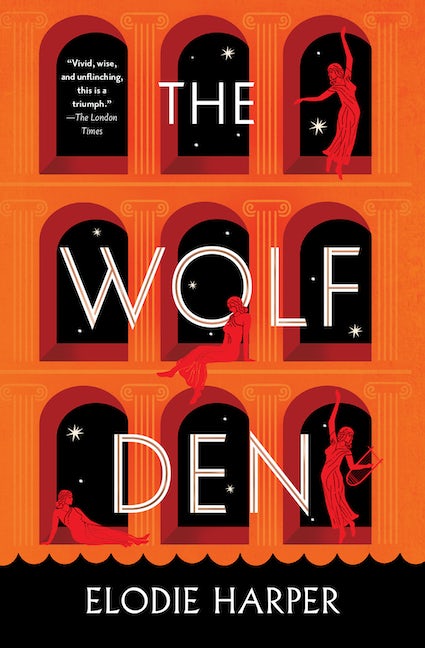 “A gripping historical story.” —The Independent

Sold by her impoverished mother. Enslaved in an infamous brothel in Pompeii. Determined to fight for her freedom at all costs. . . . Enter into the Wolf Den.

Amara was once the beloved daughter of a doctor in Greece, until her father’s sudden death plunged her mother into destitution. Now Amara is a slave and prostitute in Pompeii’s notorious Wolf Den brothel or lupanar, owned by a cruel and ruthless man. Intelligent and resourceful, she is forced to hide her true self. But her spirit is far from broken. Buoyed by the sisterhood she forges with the brothel’s other women, Amara finds solace in the laughter and hopes they all share. For the streets of the city are alive with opportunity—here, even the lowest-born slave can dream of a new beginning. But everything in Pompeii has a price. How much will Amara’s freedom cost her? The Wolf Den is the first in a trilogy of novels about the lives of women in ancient Pompeii.

“[Harper] has that rare knack of making the reader believe she was there, stylus in hand, chronicling what she witnessed. Vivid, wise and unflinching, this is a triumph.” — The London Times, Book of the Month May 2021

“A one-of-a-kind historical novel... This is a mesmerising, richly detailed tale of sisterhood and courage that fans of Circe will love.” —Red Magazine, "The Best Books to Read this May”

“There’s nothing like being transported to a different place and time and wholeheartedly believing you are there...a compelling story of survival, friendship, and courage. Amara and her fellow she-wolves are vividly drawn in a fascinating depiction of women at the time. Utterly spellbinding.” —Woman & Home, Best Books 2021

“Harper’s style is exhilaratingly direct... you smell the oil lamps and temple incense, taste sticky figs, feel physical blows... It’s a vivacious piece of work, and all underpinned by a woman’s longing for freedom.” — LoveReading

“A gripping historical story.” — The Independent

“The Wolf Den is an enthralling, exhilarating read from its first page to its last. . . . Both a fascinating tale in its own right and an important reclaiming of the sorts of stories from history we far too rarely get to hear. . . . Like almost nothing else that exists in this genre at present, carefully drawing contemporary parallels that will feel deeply familiar in a world where modern women still must fight far too hard for autonomy, equality, and the right to feel both safe in and in charge of their own bodies.” — Paste Magazine

Elodie Harper is a journalist and prize-winning writer. She is currently a reporter and presenter at ITV News, and before that worked as a producer for Channel 4 News. Elodie studied Latin poetry both in the original and in translation as part of her English Literature degree at Oxford, instilling a lifelong interest in the ancient world. The Wolf Den is the first in a trilogy of novels about the lives of women in ancient Pompeii. It was a number one Sunday Times bestseller. Elodie lives in the UK. 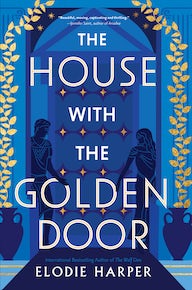