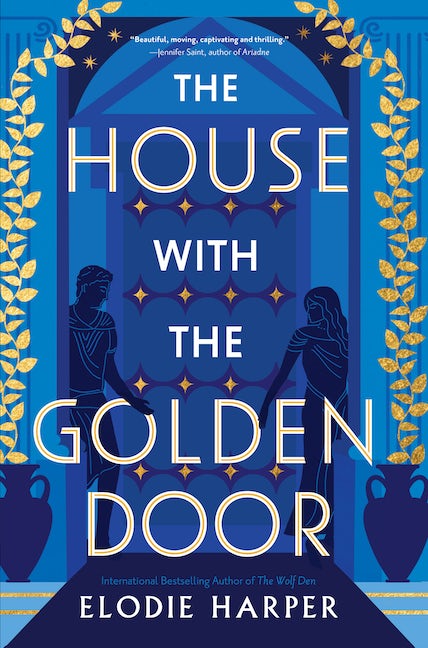 From prize-winning and international bestselling author Elodie Harper, the second book in the Wolf Den Trilogy introduces Amara, as she escapes her life as a slave in the city's most notorious brothel, the Wolf Den. Her survival depends on the affections of a man she might not know as well as she once thought . . .

The life of a courtesan in Pompeii is glamorous yet perilous. At night in the home he bought for her, the house with the golden door, Amara’s dreams are haunted by her past. She longs for her sisterhood of friends—the women at the brothel she was forced to leave behind—and worse, finds herself pursued by the cruel and vindictive man who once owned her. To be truly free, she will need to be as ruthless as he is. Amara knows her existence in Pompeii is subject to Venus, the goddess of love. Yet finding love may prove to be the most dangerous act of all.

Readers of Circe, The Song of Achilles, and other Greek mythology books, as well as fans of inspiring feminist historical fiction books exploring the worlds of Ancient Greece and Rome, will love Harper's acclaimed Wolf Den Trilogy. The trilogy's first book, The Wolf Den, was a Waterstones Fiction Book of the Month and a critically acclaimed UK bestseller.

“One of my standout novels in recent years. . . . As vivid, unsentimental and compelling as The Wolf Den. It ends with a tantalizing glimpse of where the last book in the trilogy will take Amara, and I cannot wait.” —The London Times

“A beautiful, heartbreaking story of a woman who would do anything for the people she loves, and for her own survival. . . . Absolutely stunning, and kept me glued to the pages until I was done.” —Hannah Whitten, New York Times bestselling author of For the Wolf  -

“Elodie Harper’s The Wolf Den was one of last year’s most vivid and transporting books. . . . Its gripping sequel leaves the down-market milieu of the fleshpots to depict its protagonist Amara’s new and luxurious life as a courtesan. But selling one’s body is a transaction in which the man holds all the cards, as Amara seeks revenge on her former owner and, even more dangerously, falls in love. Harper’s re-creation of this ancient world continues to thrill.” —The Guardian

“Beautiful, moving, captivating. The House with the Golden Door is a brilliant sequel to The Wolf Den.” —Jennifer Saint, bestselling author of Ariadne

Elodie Harper is an international bestselling author, journalist, and prize-winning short-story writer. Harper studied Latin poetry both in the original and in translation as part of her English Literature degree at Oxford, instilling a lifelong interest in the ancient world. The Wolf Den, the first in a trilogy of novels about the lives of women in ancient Pompeii, was a #1 London Times bestseller. In September 2022, book 2 of the Wolf Den Trilogy, The House with the Golden Door, was published and became an instant Top Ten Bestseller in the Sunday Times. Harper is currently a reporter and presenter at ITV News, and before that worked as a producer for Channel 4 News. She lives in the UK. Visit her at elodieharper.com. 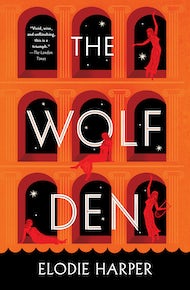