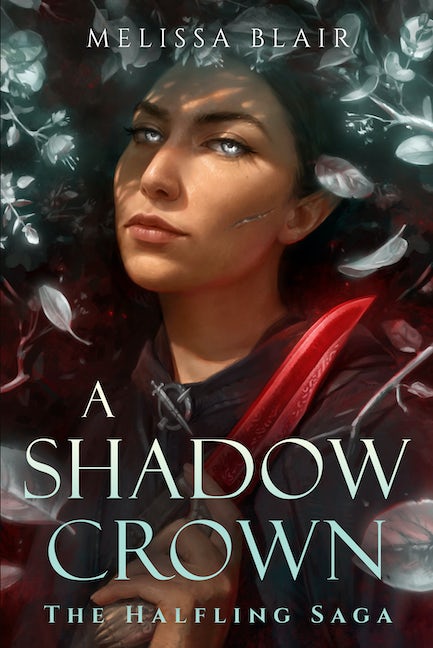 To the kingdom, Keera is the king’s Blade, his most feared and trusted spy and assassin. But in the shadows, she works with Prince Killian and his Shadow—the dark, brooding Fae, Riven, who sets her blood on fire. Together, they plot to kill a tyrant king.

In Myrelinth, the lush, secret city of trees, Fae, Elves, and Halflings like Keera live in harmony. But Keera cannot escape her past: her crimes against her own people have followed her all the way to the Faeland. There is a traitor in their midst, and Keera is the top suspect.

Keera finds comfort in the allies that have become her family. She swore she would never open her heart again after a loss she barely survived. But she will soon find she has more to lose than she ever imagined . . .

Perfect for fans of Sarah J. Maas’s Throne of Glass series, A Shadow Crown is a tour-de-force high fantasy novel with stunning world building and a slow burn enemies to lovers romance. Readers seeking more LGBTQ+ and BIPOC representation in the fantasy realm will fall in love with the unforgettable cast of characters introduced in A Broken Blade, whose sagas are only beginning…

Melissa Blair (she/her/kwe) is an Anishinaabe-kwe of mixed ancestry living in Turtle Island and the author of A Broken Blade, the first book in The Halfling Saga. She splits her time between Treaty 9 in Northern Ontario and the unceded territory of the Algonquin Anishinabeg in Ottawa, Canada. She has a graduate degree in Applied Linguistics and Discourse Studies, loves movies, and hates spoons. Melissa has a BookTok account (@melissas.bookshelf on TikTok) where she discusses and reviews her favorite books, including Indigenous and queer fiction, sapphic books, LGBTQ+ romance, feminist literature, and non-fiction. 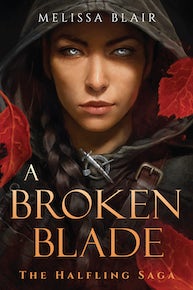