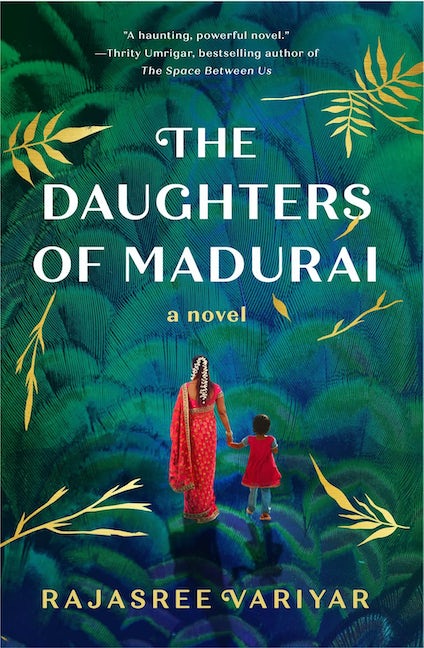 The Daughters of Madurai

The Daughters of Madurai

The Daughters of Madurai is both a page-turning mystery and a heartrending story of the fraught family dynamics and desperate choices that face a young mother in India. Spanning 1990s South India and present-day Australia, the novel follows Janani, a mother who will do anything to save her unborn daughter, and Nila, a young woman who embarks on a life-changing journey of self-discovery.

Madurai, 1992. A young mother in a poor family, Janani is told she is useless if she can’t produce a son—or worse, if she bears daughters. They let her keep her first baby girl, but the rest are taken away as soon as they are born, and murdered. But Janani can’t forget the daughters she was never allowed to love . . .

Sydney, 2019. Nila has a secret; one she’s been keeping from her parents for too long. Before she can say anything, her grandfather in India falls ill, so she agrees to join her parents on a trip to Madurai. Nila knows little about where her family came from or who they left behind. What she’s about to learn will change her forever.

While The Daughters of Madurai explores the harrowing issue of female infanticide, it’s also a universal story about the bond between mothers and daughters, the strength of women, the power of love in overcoming all obstacles—and the secrets we must keep to protect the ones we hold dear.

Fans of historical and contemporary fiction novels about India such asAlka Joshi’s The Henna Artist from the Jaipur Trilogy and Thrity Umrigar’s The Space Between Us, as well as Kristin Hannah’s books exploring sisterhood and mother-daughter relationships will enjoy Variyar’s poignant debut. This extraordinary work of fiction tells a story that deserves to be read and discussed for years to come.

“[A] wrenching debut . . . . [T]he gripping account of the family’s struggle to save Nila will keep readers on the hook, as will the tension between Nila and Janani as Nila tries to find a way to share her identity . . . . [T]he complex mother-daughter story will move readers.”—Publishers Weekly

“A haunting, powerful novel [about] a trauma that endures and spawns secrets that spread through the generations. . . . The Daughters of Madurai is also about the cleansing effects of modernity and love and hope.”—Thrity Umrigar, bestselling author of The Space Between Us

"Bursting with the vivid colors, sounds, and scents of India past and present, The Daughters of Madurai is a searing, heartrending story about the fierce love between mothers and daughters. This novel gripped me from the opening page. It continues to haunt me."—Lauren Belfer, New York Times bestselling author of And After the Fire and Ashton Hall.

“The Daughters of Madurai is a captivating and riveting debut from an unforgettable new voice.”—Louise O’Neill, author of Asking for It

Rajasree Variyar is an author and short story writer born in Bangalore and raised in Sydney. Her short stories won second prize in the Shooter Literary Magazine short story competition and were longlisted for the Brick Lane Bookshop short story competition. The Daughters of Madurai is Variyar’s debut novel, inspired by a childhood memory of a news segment about a case of female infanticide in her birthplace of Bangalore—and her experience spending time with a grassroots charity in Madurai empowering women and educating girls and boys to help eradicate the practice. A marathoner and self-described history nerd, she lives in London.