The Merry Adventures of Robin Hood

The Merry Adventures of Robin Hood

The legendary adventure of a medieval outlaw is now available in an unabridged paperback edition for today’s young readers.
He stole from the rich and gave to the poor, and in so doing became a lasting symbol of virtue. The thrilling adventures of Robin Hood and his band of Merry Men will keep young readers turning the pages. Who can resist the arrows flying, danger lurking, and medieval intrigue?

This unabridged edition of Howard Pyle’s celebrated text, based on an English folktale, is perfect for young readers’ libraries.

Howard Pyle (1853–1911) was an American illustrator and author, primarily of books for young people. A native of Wilmington, Delaware, he spent the last year of his life in Florence, Italy. In 1894 he began teaching illustration at the Drexel Institute of Art, Science and Industry (now Drexel University). After 1900, he founded his own school of art and illustration, named the Howard Pyle School of Illustration Art. His 1883 classic publication The Merry Adventures of Robin Hood remains in print, and his other books, frequently with medieval European settings, include a four-volume set on King Arthur. 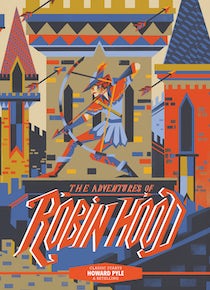 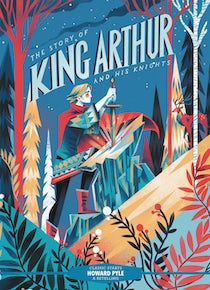 Classic Starts®: The Story of King Arthur and His Knights 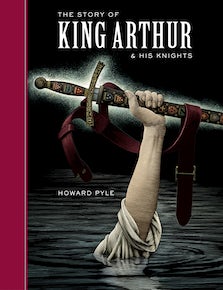 The Story of King Arthur and His Knights