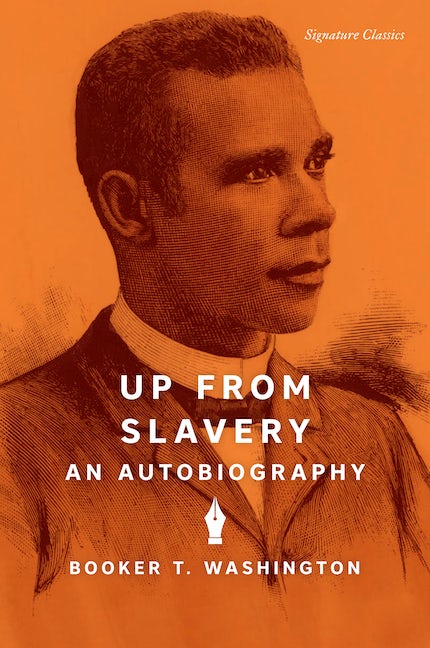 Booker T. Washington’s famous 1901 memoir, Up From Slavery, charts Washington’s rise from an enslaved child with a passion for learning to the nation’s most prominent Black educator and first president of Tuskegee University. A tireless advocate for Black economic independence, Washington attempted to balance his public acceptance of segregation with behind-the-scenes lobbying against voter disenfranchisement and financing anti–Jim Crow court cases. His memoir is both a crucial American document and an exercise in understanding the “double consciousness” coined by W.E.B. DuBois, himself one of Washington’s most vocal critics.

Booker Taliaferro Washington (1856–1915) was born in Franklin County, Virginia. At twenty-five he became the first principal of the Tuskegee Normal School for Colored Teachers, now Tuskegee University. He spent his life working tirelessly to advocate on behalf of Black Americans. 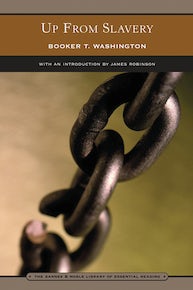 Up from Slavery (Barnes & Noble Library of Essential Reading)