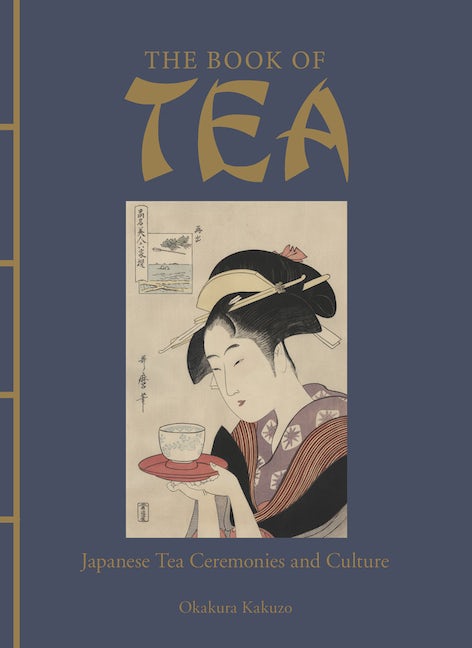 The Book of Tea

The Book of Tea

With a new introduction, this is an exquisitely produced edition of a classic text made using traditional Chinese bookbinding techniques.
“Tea began as a medicine and grew into a beverage,” are the opening words of Okakura Kakuzō’s The Book of Tea, written in English in 1906 for a Western audience. The book is a long essay celebrating the secular art of the Japanese tea ceremony and linking its importance with Zen Buddhism and Taoism. It is both about cultural life, aesthetics, and philosophy, emphasizing how Teaism, a term Kakuzō coined, taught the Japanese many things—most importantly, simplicity, which can be seen in Japanese art and architecture. Looking back at the evolution of the Japanese tea ceremony, Kakuzō argues that Teaism, in itself, is one of the profound universal remedies that two parties could sit down to. While the West had scoffed at Eastern religion and morals, it held Eastern tea ceremonies in high regard.

Okakura Kakuzō (1862-1913) was a Japanese scholar who contributed to the development of arts in Japan and the promotion of Asian culture to the West. He wrote his major books in English.