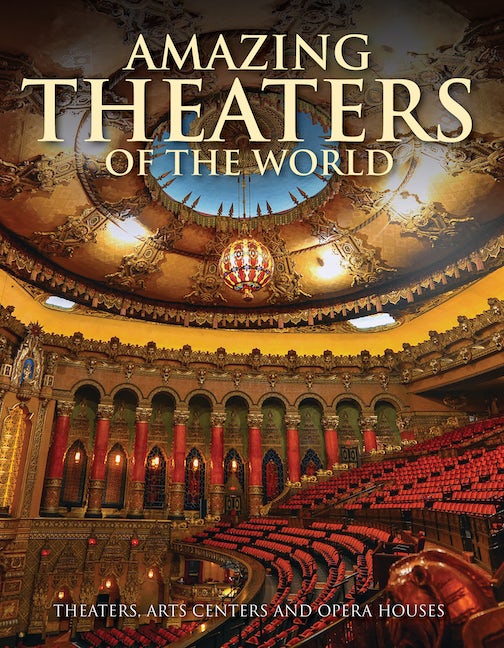 Amazing Theaters of the World

Amazing Theaters of the World

Illustrated with stunning photographs, Amazing Theaters of the World includes more than 150 of the most stunning theaters and opera houses around the globe, such as the Delacorte Theater in NYC, Oslo Opera House in Norway, and Teatro di San Carlo in Italy.

The theater comes in many forms. Originating in the more rigid and repeated (but no less attractive) designs of Greek and Roman theaters, the buildings that now house our shared cultural output boast some of the finest, most creative structures in the world. Whether they are huge and cathedral-like or modest, concrete and futuristic, or neo-Renaissance, the physical constructions themselves capture the ambition of the arts performed within. With chapters organized by continent and featuring theaters and opera houses—and any space devoted to the performing arts—from the Americas, Africa, Asia, Europe and Australasia, Amazing Theaters of the World includes modern masterpieces and ancient remains, art deco delights and Baroque classics, taking in centuries of theater building. Both the exterior and the interior of buildings are examined, with behind-the-scenes shots of dressing rooms and a look at the mechanics of putting on a show. In so doing, we catch a glimpse of how the performing arts and their homes have evolved over time.

A journalist for more than a quarter of a century, Dominic Connolly was for many years Arts Editor of The Mail on Sunday. He also specializes in Travel, Property, Gardening and Money journalism, and over the years has contributed to the Telegraph, Evening Standard and Metro. He lives in London and is currently Commissioning Editor at Saga Magazine.