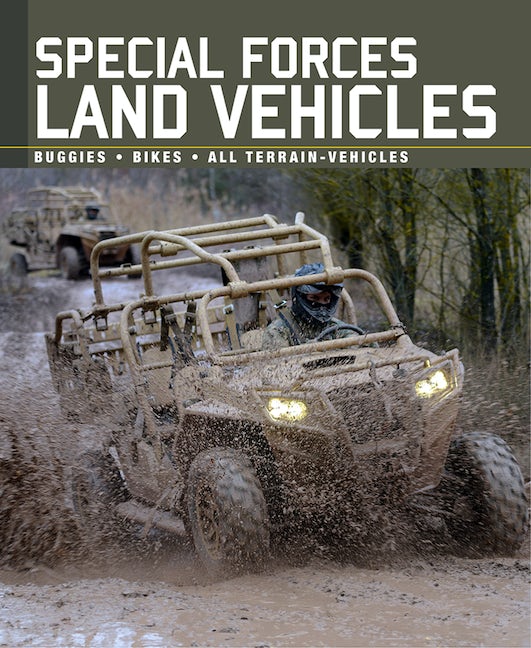 Arranged thematically by chapter, Special Forces Land Vehicles provides a complete guide to the jeeps, trucks, armored cars, light AFVs, and motorcycles used by Special Forces units around the world.
The book includes: the Desert Patrol Vehicle (DPV) first used during the Gulf War of 1991 by the US Navy SEALs; the ACMAT VT4 cross-country tactical military vehicle deployed by the French Foreign Legion throughout the world; the heavily armed Interim Fast Attack Vehicle (IFAV) beloved of the US Marines' recon units; and the Kawasaki KLR 250-D8 high-performance motorcycle, air-dropped to provide light reconnaissance capabilities for US Rangers in Afghanistan. Illustrated with 100 photographs, Special Forces Land Vehicles is a dynamic guide to both the standard and specialist vehicles deployed by Special Forces soldiers over the last 20 years.

Alexander Stilwell is an experienced writer and editor who has worked for several leading publishers, primarily in the fields of military history, politics, and international affairs. He has also worked for Jane's Information Group and is the author of several books. He served for six years in the British Territorial Army.