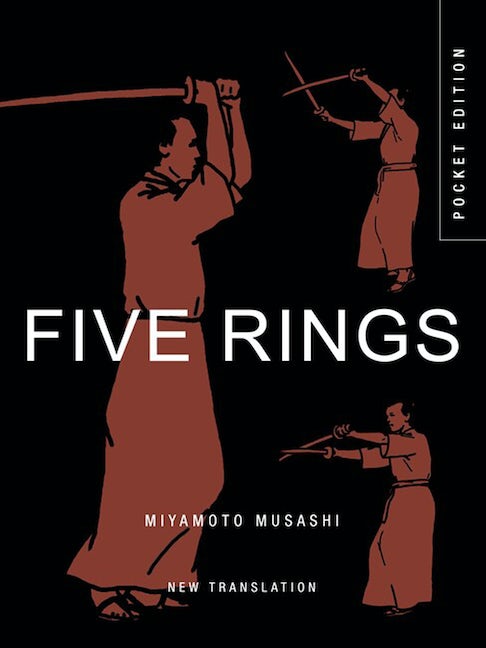 A classic work on martial arts, leadership, and conflict in a pocket-size format.

Written around 1645, Miyamoto Musashi’s Five Rings is a classic Japanese work. Musashi was a swordsman, philosopher, and strategist, and today his work remains influential not only in the realm of martial arts but in the business world as well. Musashi’s no-nonsense approach to the martial arts and combat includes eliminating technical flourishes, understanding that technique should simply be understood as defeating your opponent, and appreciating that the same qualities apply in both small-scale and large-scale conflicts. Repeatedly, he stresses the importance of learning through practice, rather than mere theoretical learning.

Miyamoto Musashi, swordmaster of the early Edo period (1603–1868), dedicated his life to reach perfection throughout swordsmanship. He fought and won more than 60 life-or-death duels and ended his career invincible. He was interested in a variety of arts, as well as Zen meditation and Buddhism. He left for future generations not only his fight style but also an immense legacy of masterpieces on painting, sculpture, calligraphy, and poetry, as well as the most important Japanese treatise on strategy, The Book of Five Rings. 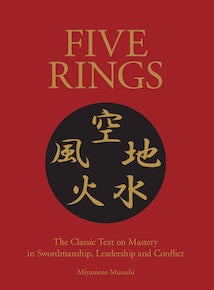