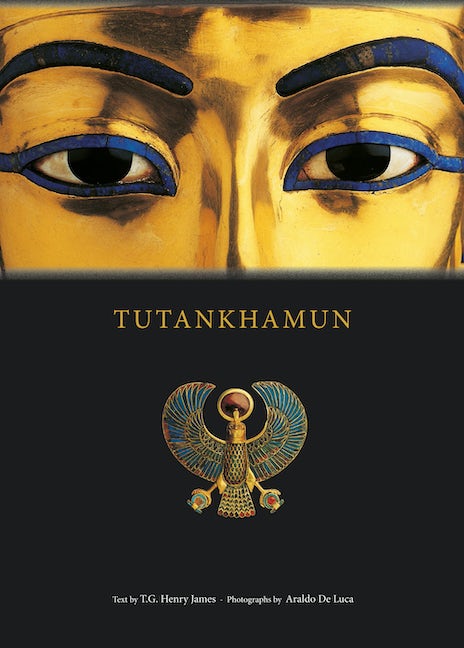 A gorgeous volume celebrating the eternal splendor of the boy pharaoh.

On November 4th, 1922, after months of unsuccessful expeditions and excavations, a young Howard Carter was close to giving up his Egyptian experience in the Valley of the Kings when, unexpectedly, he and his team discovered one of the most important masterpieces in the history of archaeology. The intact royal burial palace and the golden mask of the boy king Tutankhamun are probably the most iconic symbols of Ancient Egypt. This luxurious volume will retrace, with never-seen-before pictures, the history of those exciting moments.

T. G. Henry James was born in 1923 in Neath, South Wales. After he graduated from Oxford University, he spent his whole professional life working at the British Museum, where he was keeper of Egyptian Antiquities from 1974 to 1988. He worked in Egypt on excavations and on epigraphic projects and lectured widely in Europe and the U.S. He wrote widely on all aspects of ancient Egyptian history, art, and culture, and his many books include the definitive biography of the man who found Tutankhamun’s tomb, Howard Carter.

Araldo De Luca is currently considered one of the world's finest art photographers.