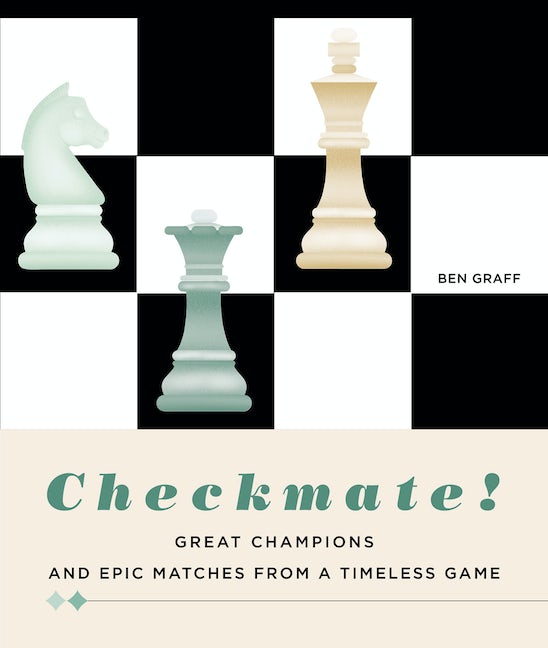 Great Champions and Epic Matches From a Timeless Game

Great Champions and Epic Matches From a Timeless Game

Checkmate! has all the excitement a chess fan could want, from world champions, to history’s most famous matches, to the role of chess in society.

This volume begins by retracing the history of chess through 16 players who have been officially recognized as the greatest world champions—looking at their lives and contributions to the game. The following section describes the most iconic matches, either because of their intensity, the players’ fierce rivalry, or the political conflict between countries, as in the famous match between Russian Boris Spassky and American Bobby Fischer during the Cold War. The final chapter looks at the modern-day chess scene and the rise of artificial intelligence in chess games.

Ben Graff is a writer, journalist, and corporate-affairs professional. He is a regular contributor to Chess magazine and The Chess Circuit, and is the author of the chess novel The Greenbecker Gambit and the autobiographical book Find Another Place. He has a lifelong love of chess and is a regular competitor in UK tournaments. He is not a grandmaster but did draw with one once.