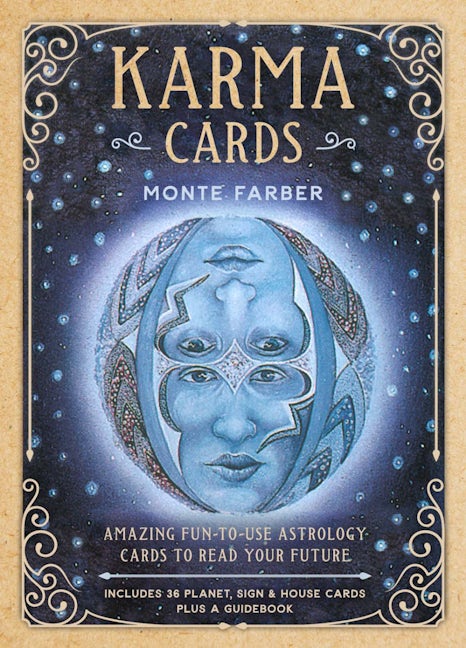 Find out what your future holds with this brand-new edition of the hugely popular Karma Cards oracle deck!
Want to know about your love life? Career prospects? Finances? The answer to every question lies in these amazing cards, created by astrologer Monte Farber and already embraced by hundreds of thousands of seekers. How do they work? Shuffle the Karma Cards; lay a Planet, Sign, and House card side by side; and read across the red or blue panels. Every response features three levels of information: spiritual, mental, and physical. They can guide you through everyday decision-making, and even more important, help you contact and communicate wisely with your “Higher Self”—that part of our being that actually chooses to undergo certain experiences in order to explore our full potential. Accompanying the 36 full-color cards is a 96-page instruction book with advice on centering yourself, visualizing the situation that concerns you, phrasing your query, and more.

Monte Farber studied comparative religion and became interested in astrology in 1974. Farber's desire to make astrology understandable and accessible to a broad audience led him to devise Karma Cards, which has sold over 200,000 copies in 12 languages. Farber and his wife Amy Zerner went on to create books, book/card sets, and unique kits that also made other esoteric systems accessible, such as the tarot, alchemy, The Goddess, talking boards, meditation, shamanism, psychic development, and relationships. Farber is now the world's foremost creator of interactive personal guidance systems, having sold over two million copies of his 40 books. He lives in East Hampton, NY. 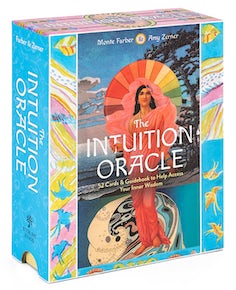 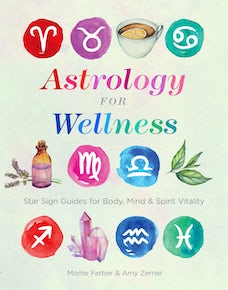 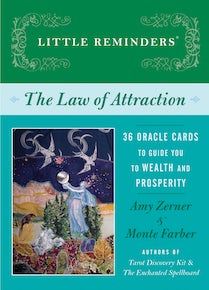 Little Reminders®: The Law of Attraction 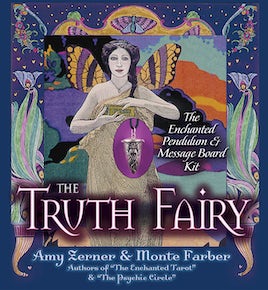 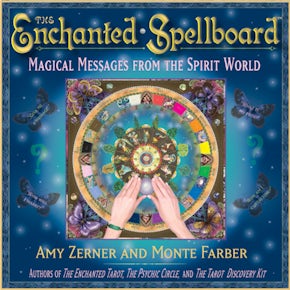