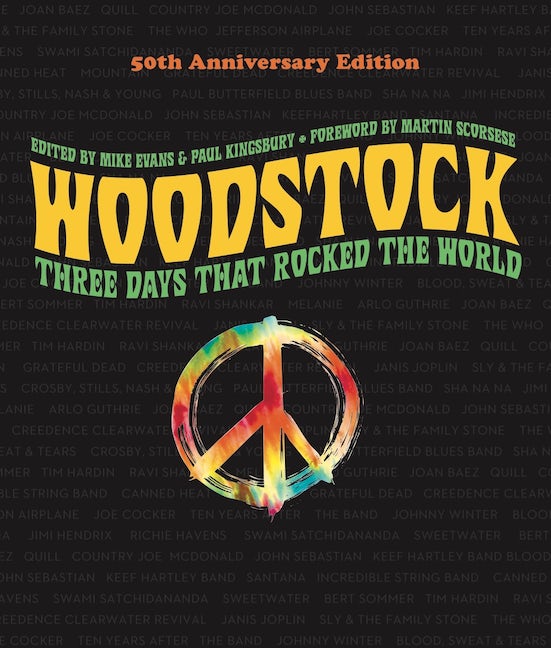 Three Days that Rocked the World

Three Days that Rocked the World

A special 50th anniversary edition of our lavishly illustrated ultimate guide to Woodstock, with a day-by-day, act-by-act account of everything that went down on Yasgur’s farm—along with interviews and quotes from those who were there.

Woodstock defined a generation and exemplified an era: the three-day concert that took place on Yasgur’s farm in Bethel, New York, from August 15–17, 1969, was unlike anything that happened before or since. Now, thanks to this special 50th-anniversary edition, you can relive the moment and go “back to the garden” with this day-by-day, hour-by-hour account of everything that happened on Yasgur’s farm—including a rundown of each of the 33 acts, in the order they appeared. With interviews and quotes from those who were there and a wealth of photographs and graphic memorabilia, Woodstock is the ultimate celebration of a landmark in modern cultural history and its enduring legacy. This updated edition has a refreshed cover and features four pages of new images and updates on Woodstock today, Where They Are Now, and the Museum at Bethel Woods.

Mike Evans is the author of Vinyl: The Art of Making Records (Sterling), The Blues: A Visual History (Sterling), Elvis: A Celebration (Dorling Kindersley), Neil Young: The Definitive History (Sterling), and numerous other titles. A graduate of the Cavern Club with two singles on Decca under his belt, Evans played in the Liverpool Scene, supporting both Led Zeppelin and Bob Dylan in 1969. He subsequently moved into radio and writing for Sounds, Melody Maker, and the Guardian. Since the late 1980s, Mike has written or edited over 60 books on music, movies, and fashion. He lives in France.