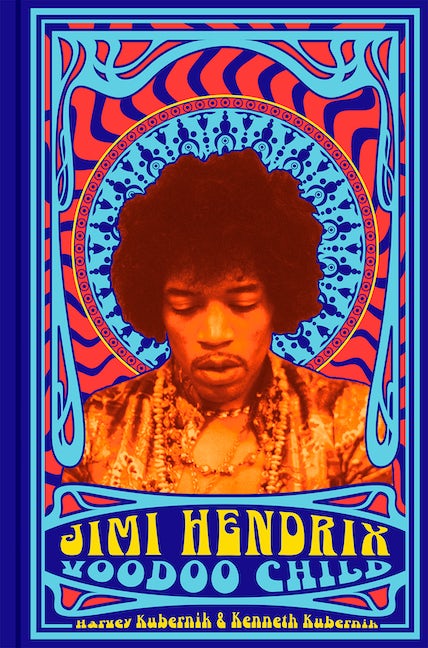 A unique tribute to Jimi Hendrix featuring contributions by those who knew and worked with him, enhanced with images by the most renowned rock photographers of the era.

The legendary Jimi Hendrix shook the music world to its very soul as a musical and lyrical innovator, until his untimely death in 1970 at only 27 years of age. Yet his body of work remains timeless and universal, touching old and new fans alike. In this unprecedented volume, acclaimed rock journalists Harvey and Kenneth Kubernik celebrate Hendrix: his life, his music, and his legacy. Their multi-voice narrative weaves together his incredible story. There are fascinating behind-the-scenes contributions from the scenemakers and musicians of the time, including previously unpublished excerpts from interviews with the recording, producing, and engineering principals from throughout Hendrix’s career, with a focus on his music. Along with stunning photographs and memorabilia, Jimi Hendrix: Voodoo Child is the ultimate keepsake for Hendrix fans.

"Here is a Jimi Hendrix book that dares to do what the others don't: treat him like a human being. Instead of rehashing the usual claptrap folklore, Jimi Hendrix: Voodoo Child delivers a portrait of the actual 3D person like we've never seen before. From the deep exploration of his musical evolution to the cast of characters who knew him well to the vivid portrayal of the world he moved in, this is a book that lets you meet the real Jimi once and for all, and it's mindblowing. In these pages, Jimi fans will discover that truth is stranger, more beautiful, and more soulful than mythology." —Daniel Weizmann—music historian and journalist -

Harvey Kubernik’s work has been published nationally in Melody Maker, Variety, Goldmine, the Los Angeles Times, MOJO, and Record Collector News. His books include The Story of the Band: From Big Pink to the Last Waltz, 1967: A Complete Rock History of the Summer of Love, Canyon of Dreams, Neil Young: Heart of Gold, and Leonard Cohen: Everybody Knows. He lives in Los Angeles.

Kenneth Kubernik is a former editor of Music Connection magazine. He has contributed to Variety, the Los Angeles Times, and MIX magazine. He is the coauthor of The Story of the Band, and served as an editorial consultant on 1967 and Canyon of Dreams. He lives in Los Angeles. 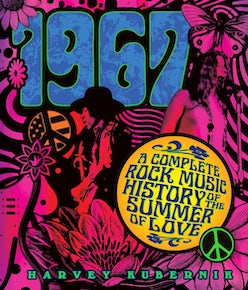