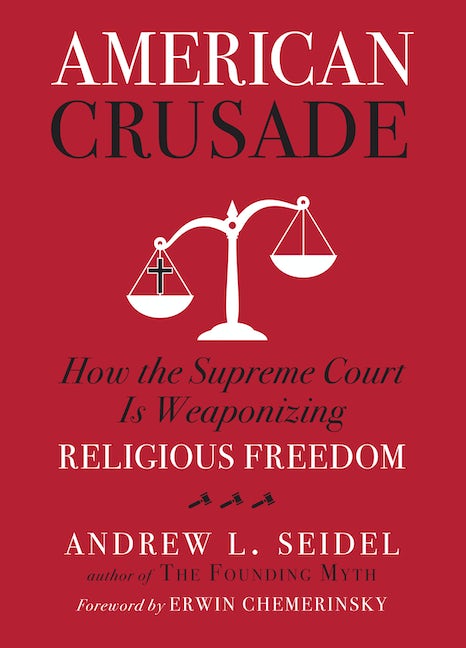 Is a fight against equality and for privilege a fight for religious supremacy? Andrew L. Seidel, a constitutional attorney and author of the critically acclaimed book The Founding Myth: Why Christian Nationalism Is Un-American, dives into the debate on religious liberty, the modern attempt to weaponize religious freedom, and the Supreme Court's role in that “crusade.”

Seidel examines some of the key Supreme Court cases of the last thirty years—including Masterpiece Cakeshop v. Colorado Civil Rights Commission (a bakery that refused to make a wedding cake for a gay couple), Trump v. Hawaii (the anti-Muslim travel ban case), American Legion v. American Humanist Association (related to a group maintaining a 40-foot Christian cross on government-owned land), and Tandon v. Newsom (a Santa Clara Bible group exempted from Covid health restrictions), as well as the recent overturning of Roe v. Wade—and how a hallowed legal protection, freedom of religion, has been turned into a tool to advance privilege and impose religion on others. This is a meticulously researched and deeply insightful account of our political landscape with a foreword provided by noted constitutional scholar Erwin Chemerinsky, author of The Case Against the Supreme Court.

The issue of church versus state is more relevant than ever in today’s political climate and with the conservative majority status of the current Supreme Court. This book is a standout on the shelf for fans of Michelle Alexander, Bob Woodward, and Christopher Hitchens. Readers looking for critiques of the rise of Christian nationalism, like Jesus and John Wayne, and examinations like How Democracies Die will devour Seidel's analysis.

“[T]imely and poignant…. [Seidel makes] the depths of “legalese” accessible and engaging to the general public.”—Library Journal

“Andrew Seidel provides an insightful, deeply researched, and well-written account. . . . Anyone who cares about the First Amendment—which should be everyone—must read this book.” —Windsor Mann, editor of The Quotable Hitchens

“This book will soon become the go-to text helping Americans of any or no religious faith make sense of an ongoing crusade that is sure to reshape our society for generations to come.” —Andrew L. Whitehead, coauthor of Taking America Back for God

“[A] must read for anyone hoping to understand our new political and cultural landscape.” —Jessica Mason Pieklo, coauthor of The End of Roe v Wade

Andrew L. Seidel is an author and attorney who's defended the First Amendment for more than a decade, both in and out of court. Seidel has dedicated his career to challenging religious privilege and battling Christian Nationalism. He is the author of the critically acclaimed book The Founding Myth; has appeared on Fox and Friends, MSNBC, The O'Reilly Factor, and numerous radio shows; speaks and writes extensively about religious freedom; and has been profiled by BBC News, Buzzfeed, International Business Times, and more. After a decade as a constitutional attorney and director with the Freedom From Religion Foundation, he joined Americans United for Separation of Church and State. Learn more about him at: @AndrewLSeidel on social media and andrewlseidel.com. He lives in Madison, WI.

Erwin Chemerinsky is Dean and Jesse H. Choper Distinguished Professor of Law at the University of California, Berkeley, School of Law, and President of the Association of American Law Schools. He is a contributing writer for the Opinion section of the Los Angeles Times, and he writes regular columns for the Sacramento Bee, the ABA Journal, and the Daily Journal, and writes op-eds in newspapers across the country. He frequently argues appellate cases, including in the Supreme Court. He was named the most influential person in legal education in the United States by National Jurist magazine in 2017. 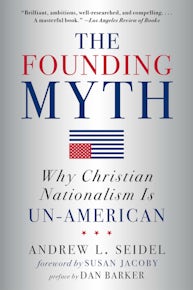