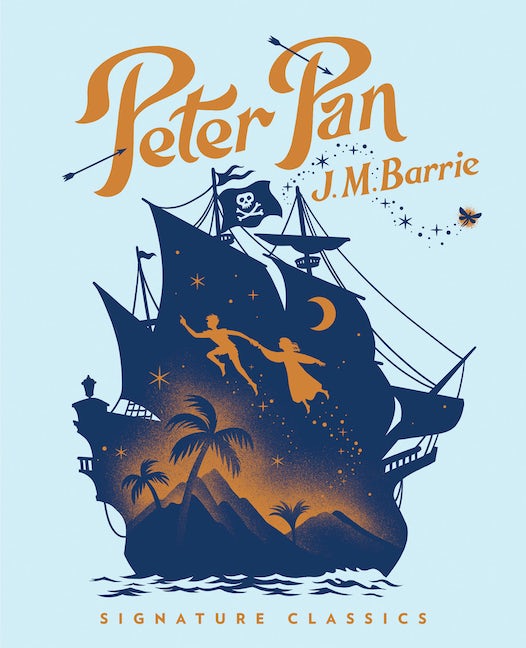 All children except one grow up.

In 1904, Peter Pan first flew across a London stage and into the bedroom of Wendy, John, and Michael Darling. Ever since, this perpetual youth has continued to delight children of all ages. Young readers will happily soar with him and his friends to enchanted Neverland, where they’ll meet Tinkerbell, the Lost Boys, and Peter’s famous nemesis, Captain Hook. It’s a tale as ageless as its beloved hero.

J. M. Barrie was born on May 9, 1860, in Kirriemuir, Scotland, the ninth of ten children. His older brother died when Barrie was only six years old, and it is said that his mother took comfort in the fact that he would “always remain a little boy,” an idea that had a great impact on Barrie. At the age of thirteen, Barrie was sent away to boarding school, where he and his friends spent their time playing pirates. When he completed his schooling, he became a journalist, first in Nottingham and then in London, before turning to writing novels and plays. Barrie’s most famous work, Peter Pan, or The Boy Who Wouldn’t Grow Up, premiered on stage in 1904 and was turned into a novel in 1911. 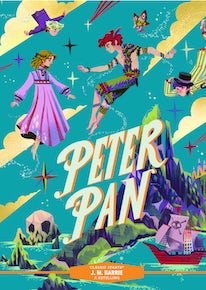 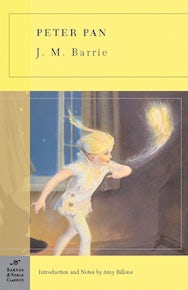