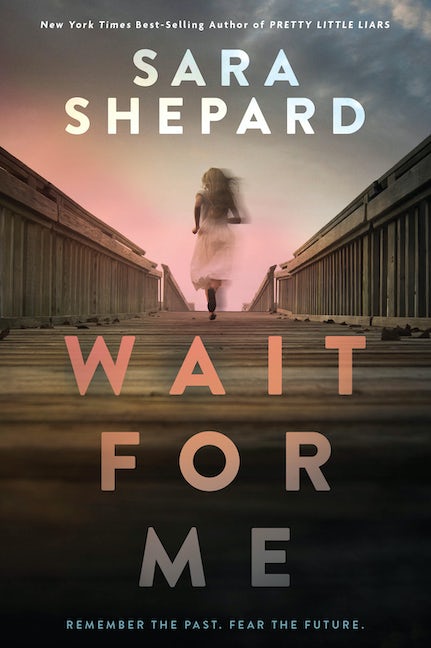 Who is Casey Rhodes? Is she a no-nonsense realist or a hopeless romantic? A just-getting-by scholarship student or a sometimes-Cinderella dating the cool, cultured heir to a media empire and New York City’s most eligible? At seventeen years old and already in her sophomore year at NYU, Casey sheds disguises effortlessly. It’s how she navigates school and avoids the second-guessing that’s plagued her since she and her boyfriend Marcus got together.

But then Casey starts hearing voices that terrify her so badly she flees to the remote beach town of Avon where she can sort through her thoughts and reset. But the voices only get more intense and are now accompanied by visions of places she’s never been and people she’s never met, like Jake who’s lived in Avon his whole life. There’s no way Casey could know him, yet she feels an immediate connection. And, crazier still: he feels it too. Together they search for answers, finding only questions—about their connection, Avon, Casey’s memories . . . And whose voice is she hearing inside her head?

"Shepard (the Pretty Little Liars series) employs brisk dialogue and suspenseful atmosphere—one’s never sure whether a kiss, a thrill, or a scare is around the corner—to keep the plot moving at a fast clip, crafting an immersive romantic mystery." —Publishers Weekly

“This past-life romance has a little mystery and a little suspense and will appeal to fans of twisty tales.”—Booklist

“As with any Shepard release, expect surprises at every corner.” —Apartment Therapy

“Shepard has proven herself a master of building suspenseful and tense atmospheres in her stories, and this is no different.” —Paste Magazine

“This is one of the winter books that you won’t be able to put down!” —Daily Mom
-

Sara Shepard is the #1 New York Times bestselling author of the sixteen-book Pretty Little Liars series, which has sold millions of copies worldwide, has been translated into more than twenty different languages, and became a popular TV show on Freeform. She’s also the author of The Perfectionists and The Lying Game, which also were TV series, as well as The Amateurs series, and several books for adults including The Heiresses, Reputation, and The Elizas. She’s written more than thirty novels in total and is also active in the screenwriting and podcasting spaces.