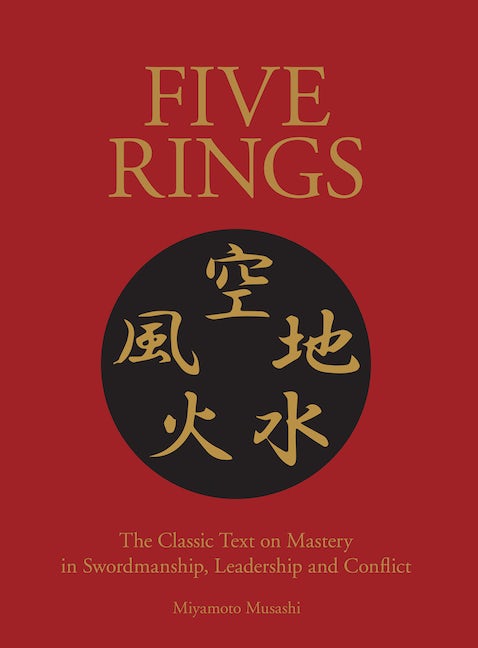 A New Translation of the Classic Text on Mastery in Swordsmanship, Leadership and Conflict

A New Translation of the Classic Text on Mastery in Swordsmanship, Leadership and Conflict

“Strategy is the craft of a warrior.” —Miyamoto Musashi

Written around 1645, Miyamoto Musashi’s Five Rings is a Japanese classic that remains influential not only in the realm of martial arts but in the business world, too. A swordsman himself and a philosopher, Musashi’s no-nonsense approach to combat includes eliminating technical flourishes, understanding that technique should simply be understood as defeating your opponent, and appreciating that the same qualities apply in conflicts both large and small. Repeatedly, he stresses the importance of learning strategy through practice, rather than merely reading about it. Produced using beautiful traditional Chinese bookbinding techniques, Five Rings is presented here in an exquisite dual-language edition.

Miyamoto Musashi (c.1584 – June 13, 1645) was a Japanese swordsman, philosopher, strategist, writer, and rōnin. He was a master swordsman, undefeated in his 61 duels, and the founder of the Niten-Ichi- Ryū-School style of swordsmanship. He wrote two books, The Book of Five Rings and The Path of Aloneness. 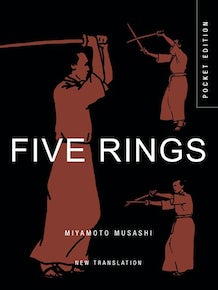