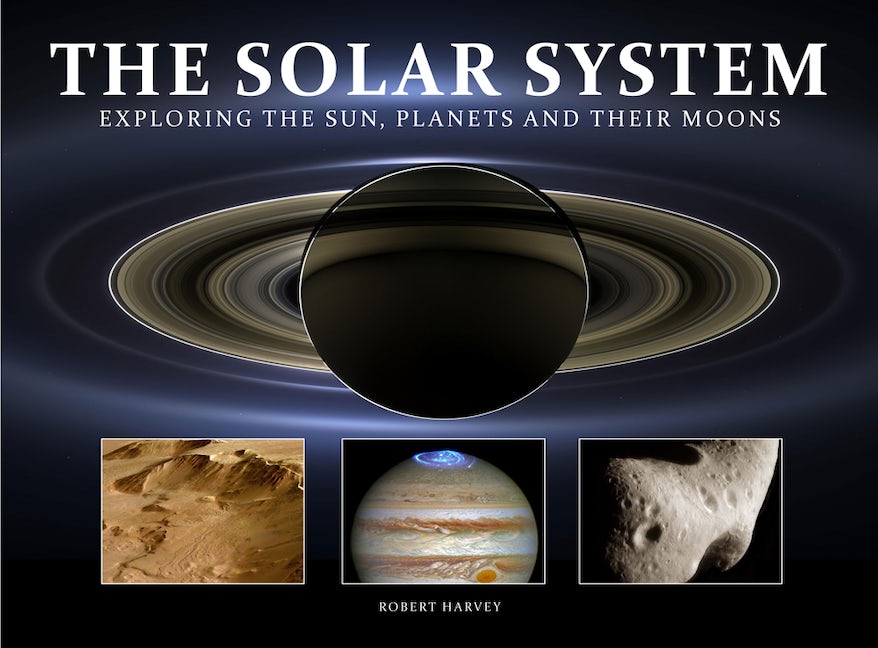 Exploring the Sun, Planets and Their Moons

Exploring the Sun, Planets and Their Moons

Featuring 200 spectacular and unusual images, The Solar System is an exhilarating exploration of the mysteries of our local planetary space.

With images selected by acknowledged expert Robert Harvey, The Solar System begins by examining the Sun, the center of the solar system, and proceeds outwards to the planets that are furthest from the Sun—Jupiter, Uranus, and Neptune. The book also includes chapters on asteroids, comets, and smaller planets. Readers will gain expert insight into Venus, the hottest planet, with surface temperatures of up to 752°F; Mars, known as the “Red Planet” because of the large quantities of iron oxide (rust) in its soil; Ceres, the solar system's largest asteroid and also a dwarf planet, with a diameter of just under 621 miles; and giant Saturn, whose core is surrounded by a layer of metallic hydrogen and is encircled in a gaseous outer atmosphere.

Robert Harvey has a degree in natural sciences from the University of Cambridge, is a Chartered Natural Scientist, and an Associate of the Royal Photographic Society. He created Natural World Photography to share his passion for the complexity of nature in all its forms, wild landscapes, and the beauty of the night sky. More than 250 of his images have been accepted in international exhibitions worldwide. Night-sky photography has taken him throughout the British Isles, the Arctic, the U.S., Turkey, South America, and the deserts of Namibia. He chases elusive phenomena such as solar eclipses and aurorae around the world and leads landscape astrophotography tours to several of these destinations. He is a tutor in landscape astrophotography at Lacock Photography in Wiltshire.